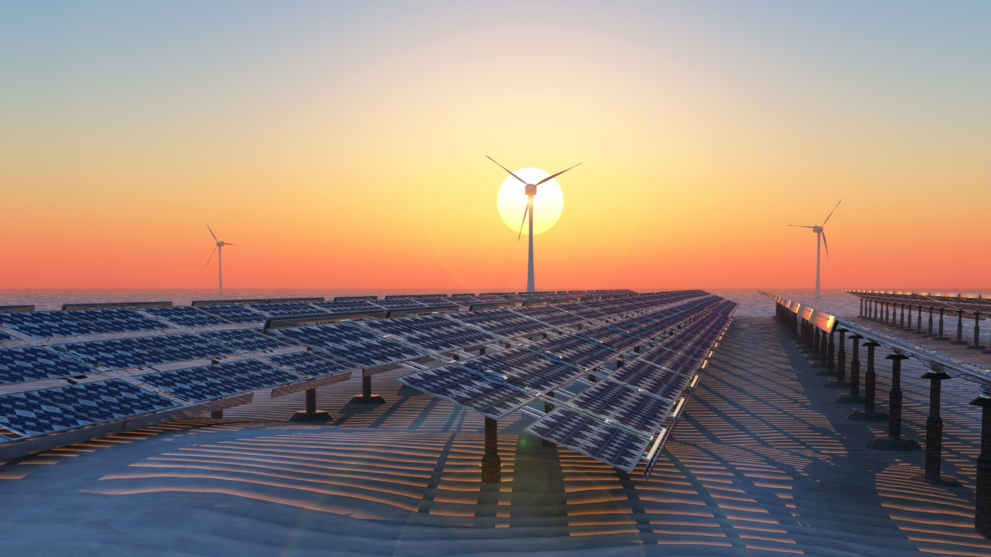 Reaching net-zero targets will require major investment and concerted political will. BloombergNEF (BNEF) estimates this investment at USD 92–173 trillion over the next three decades, of which USD 33–57 trillion is expected to be invested in power-generation assets and batteries.

Solar, wind and energy storage solutions like batteries are among the core decarbonisation technologies. They are now economically attractive and often cheaper than conventional thermal fuels. However, solar and wind still make up less than 4% of global final energy consumption today.

BNEF calculates that an average of 3.2 times more solar and 5.2 times more wind installations will be required each year through to 2030 versus 2020 deployments. This means that investment must accelerate from around USD 300 billion to between USD 760 billion and USD 1.8 trillion annually.

Fortunately, as the imperative for action rises with the growing cost of inaction, spending in the sector is accelerating and there is value to be realised for companies that provide solutions to tackle climate change and mitigate its impacts.

Responding to the challenge

We can broadly categorise responses to climate change as either reactive or proactive:

Although climate change requires a mix of both approaches, their ratio, and the related costs, will depend on our determination to transition to net zero by 2050.

A proactive strategy means higher expenses today, but would reduce the long-term costs as less expenditure would be needed on reactive solutions. Conversely, while delaying action would be cheaper today, it would cause the costs of reactive solutions to rise exponentially as climate impacts become more severe, resulting in infrastructure damage, crop failures, migration, insurance costs, and stranded assets.

The energy crisis vs transition

To date, the energy transition has been driven by a longer-term environmental agenda. The recent energy crisis has demonstrated our dependence on fossil fuels as well as the disruptions and economic pain that sudden supply shocks (e.g. of Russian gas) can cause.

Consequently, the imperative to move to renewables, which makes energy systems local and thereby facilitates energy independence, has moved from a long-term objective to a near-term economic imperative. This is particularly key for regions that are short of domestic fossil fuel resources such as the EU, Japan, South Korea and, to an extent, China.

In addition, developed economies need to overhaul their energy systems as infrastructure is reaching the end of its life. For example, US grids are often 40–50 years old, while France is trying to find ways to extend the usability of its nuclear plants and Germany is bringing back old inefficient coal plants to ensure energy security. Consequently, policy is moving to support energy infrastructure investment. The recent US Inflation Reduction Act, for instance, has allocated USD 369 billion to tackle climate change and launch energy-related programmes.

What this means for equity markets

The recent energy crisis underscores the importance of energy for global economies. When it is lacking, growth isn’t possible. In the current environment we are seeing how growth is being affected by energy shortages (notably in Europe) that in turn are leading to cost escalation.

Energy transitions are disruptive and consequently have major impacts on economies and investments. They are also not linear. In this context, some equities are well-placed and others are set to suffer. Companies offering proactive solutions to the underlying challenges (e.g. renewables operators and clean tech) offer promising potential to deliver value as they have strong growth pathways ahead, while energy price takers without contingency plans are set to suffer.

Capital availability will also be influenced by decarbonisation agendas. Green bonds are becoming a major source of finance benefitting from strong demand. As highlighted earlier, governments are increasingly providing incentives to invest. Conversely, polluting industries are finding it increasingly challenging to raise capital, on both equity and debt markets, which will further benefit cleaner actors. Polluters will also face rising costs as government policy moves increasingly towards penalising them (including windfall taxes on polluting industries making exceptional profits like oil and gas, or tightening environmental regulations), thereby putting pressure on the value of companies that are not transitioning.